When most people think of a double bass or an electric bass, they think of a four-string bass in an E-A-D-G tuning. But there have been many variants on this standard tuning, some of which remain popular today.

The First Bass: The Three-String Bass

Prior to the 20th-century, most double basses were made with only three strings. Bass virtuoso Domenico Carlo Maria Dragonetti, for example, performed and composed for a three-string bass in a C-G-D tuning.

This tuning system produced a dark, slightly muddy tone. One can still hear this today in historical performances on period instruments.

While this system allowed the bass to play an octave below the cello—in many early symphonic scores, for example, basses would simply double the cellos down an octave—bassists soon developed a preference for a new tuning system: E-A-D-G.

Though this new system no longer allowed the basses to double the lowest four notes of the cello, it allowed for slightly thinner strings wound with slightly less tension. Many bassists preferred this instrument for its warmer, more defined tone.

In this performance, one can hear the same pieces by Dragonetti performed on this contemporary instrument. 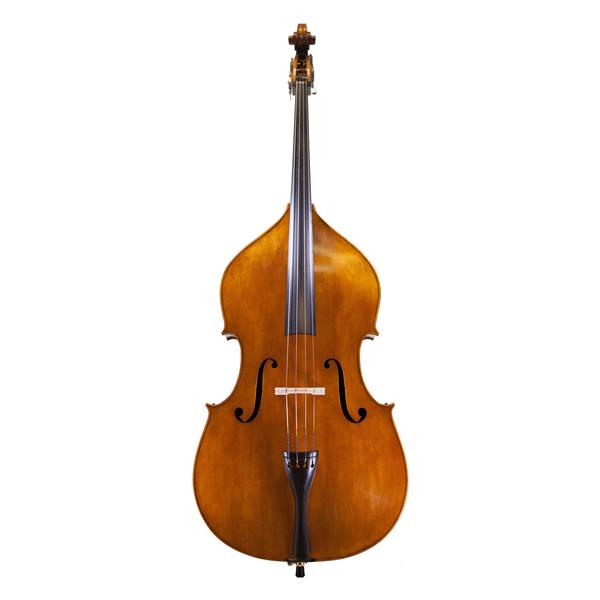 A stunner of an instrument at a decent price point. This beautiful 4 string double bass will carry any instrumentalist to great opportunities.
Buy on fiddlershop

Though Beethoven standardized the practice of splitting cello and bass parts into separate staves, bassists have constantly been challenged by the pre-Beethoven repertoire that required a bass to double cello parts.

Modern bassists have developed two different systems to extend their lower range: the E-string extension and the added B-string. Each system has its advantages and disadvantages; neither has emerged as an overwhelming favorite among either orchestral or jazz bassists.

The extension is a system of half-step levers that physically extends the length of the fingerboard for the lowest string. (The extension also requires the installation of a longer low string.)

This extension is only available on the upright basses. 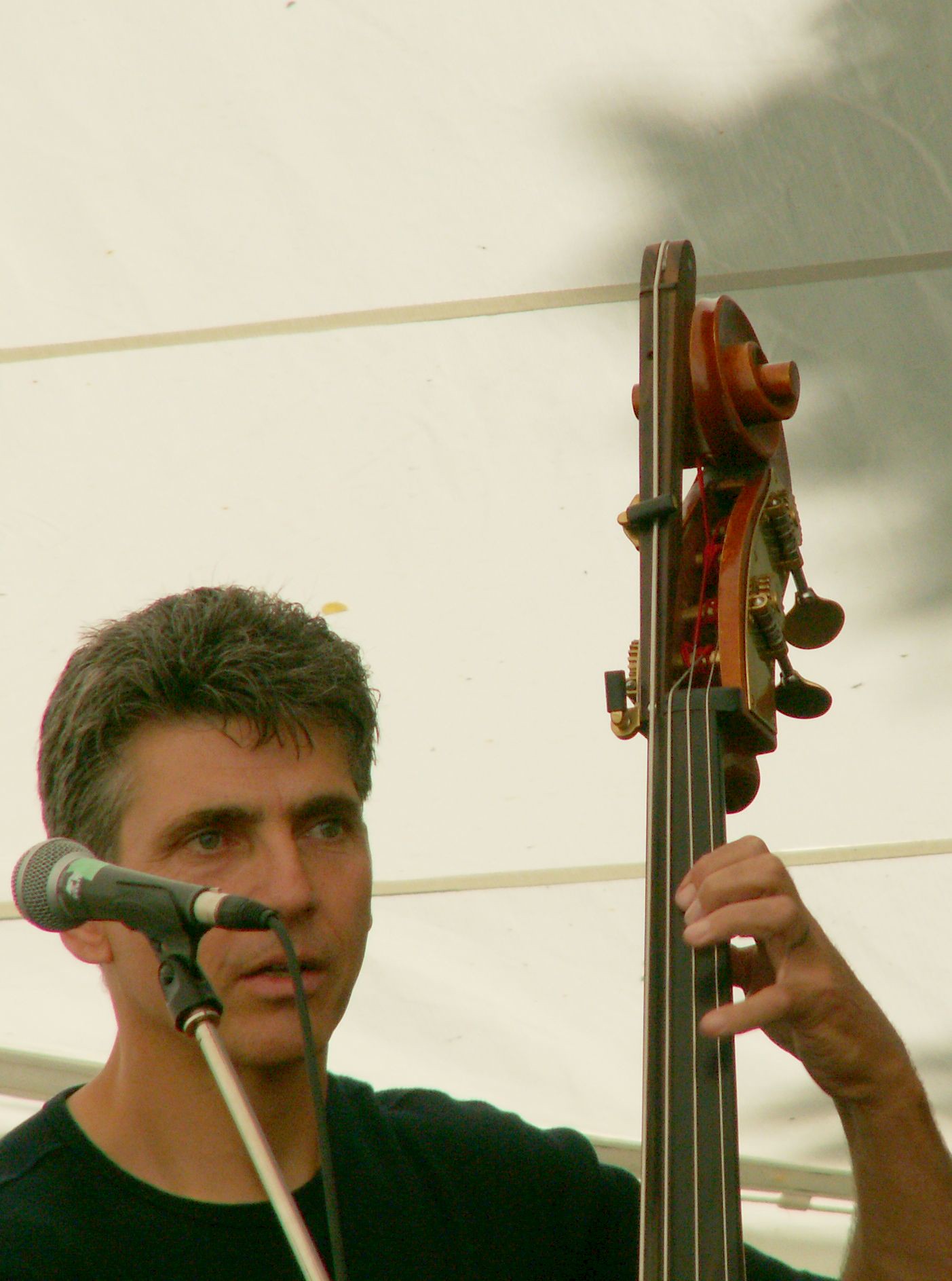 On basses that have an extension, the lowest string with the highest-pitched lever down sounds like a standard E-string. It can be played as such.

If the bassist puts up this lever and leaves the next-highest lever down, this string becomes a D-sharp/E-flat string.

The same is true going back two more levers. With the string open, it sounds as a low C (an octave below the cello.)

The biggest limitation of this system is the difficulty of putting levers up and down. Few bassists can play passages that involve quick changes between notes in the extension range—it takes at least a measure at most tempos to adjust these levers.

Another limitation is the need on some systems to put levers up and down in order. While this may not be required on more modern extensions, failure to do so can damage the strings and levers on older systems.

This added string is tuned to a low B, a fourth below the four-string bass’ low E. (This is the added half-step range of the five-string bass.)

Though initially popular on electric basses, this added string is becoming increasingly popular on double basses.

One of the biggest advantages of this system over the extension is the ease at which the bassist can play in this low range. None of the limitations of the extension’s lever systems extend to this fifth string.

Another advantage is the negligible learning curve for four-string bassists to transfer to this instrument—besides being slightly thicker, this string is no different than the four-string bass’ other strings.

The first successful five-string bass model, however, was an electric bass with an added upper string.

This string followed the tuning pattern of the four-string bass. It was tuned to a C.

The first popular model with this added string was the Fender Bass V. It was produced between 1965 and 1971.

Though these tenor five string basses are still sold today, they have never generated a substantial following to the extent that the low B five-string has. 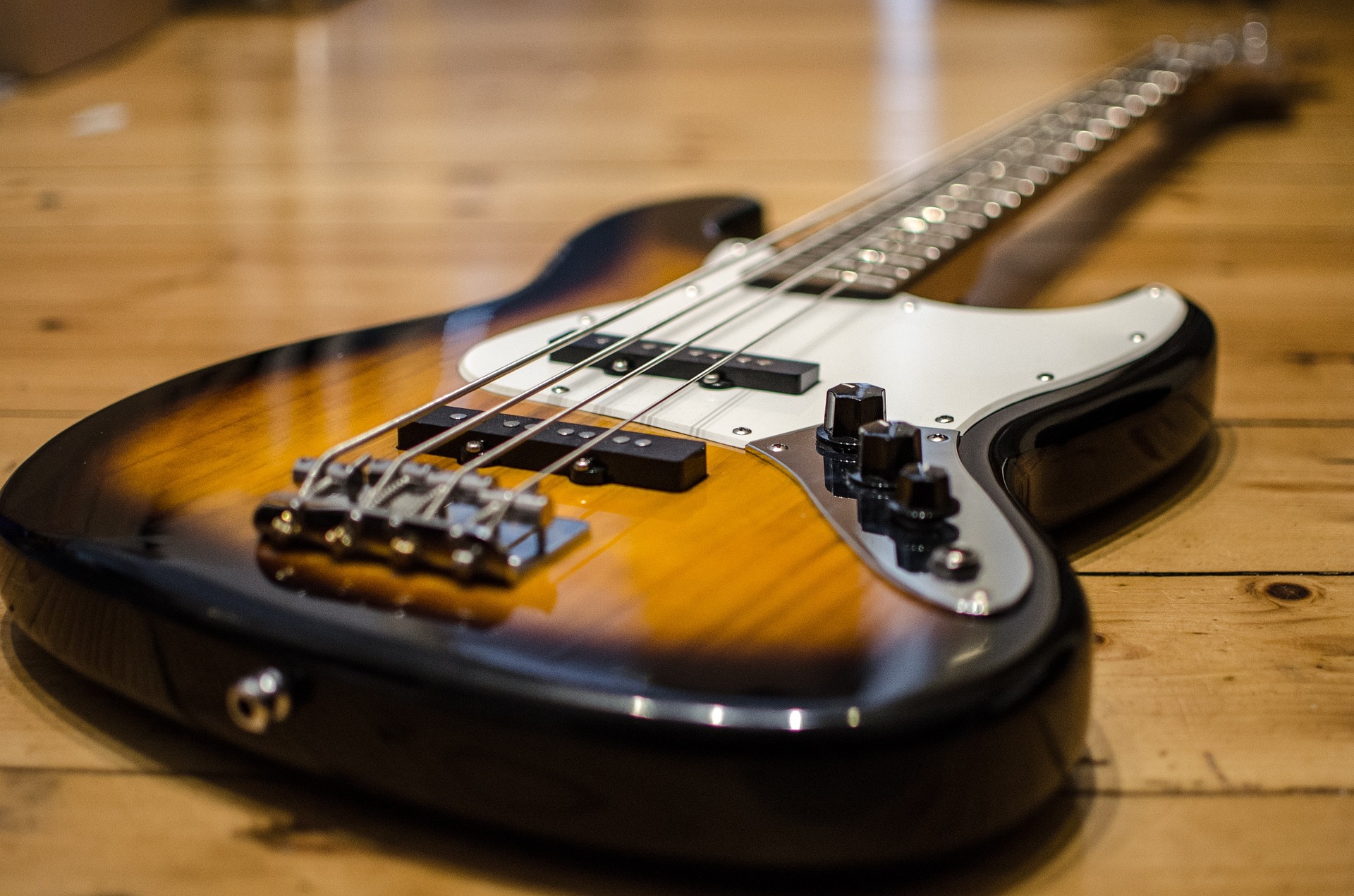 Six Strings and Beyond

In 1975, electric bassist Anthony Jackson commissioned a six-string bass combining the tenor bass’ added string and the low B five-strings’ added string. Jackson referred to this instrument as the “contrabass guitar,” a title that has not yet been adopted by many other instrumentalists.

Jackson’s success with this instrument inspired a new era of bass production.

The most expensive basses commissioned today are 12 string basses. Besides the added B and C strings, these basses have low F-sharp and C-sharp strings and high F and B-flat strings.

These instruments have double or triple of the same string, much like the 12 string acoustic guitars commonly found in a music shop.

The 5 string bass is a wonderful instrument. Its cousins, the 3, 4, 6, and even 12 string basses are used world-over. No matter if you want to be in a rock band or an orchestra, you'll find that everyone needs a great bassist.

Photo by Cindy Funk | CC BY 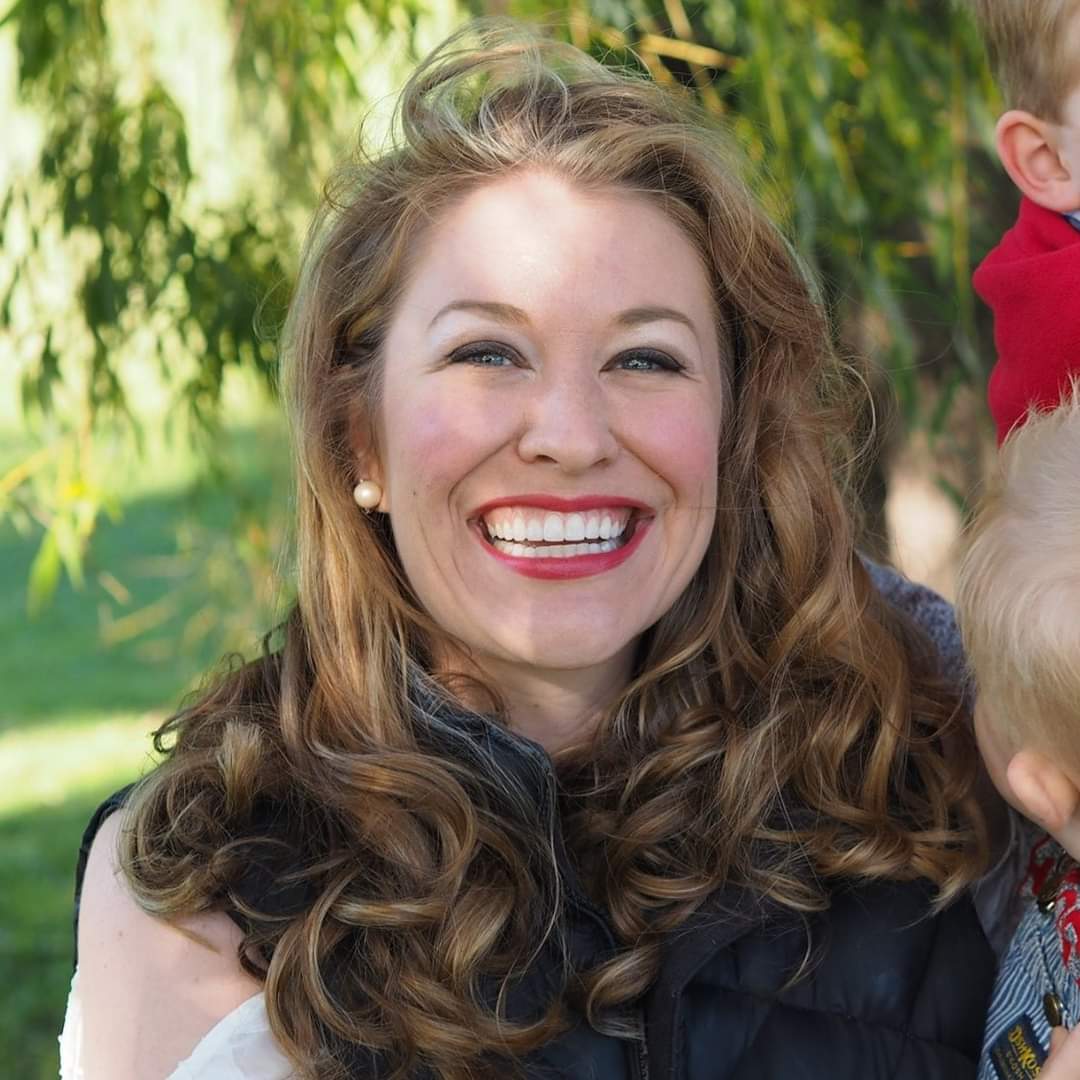 I have been playing and loving music for 30 years! My mother tells me that when I was tiny, I would listen to her piano students work on their pieces and after they would leave, I’d make my way to the piano and plunk out the pieces myself. It was then she decided that I was ready to tackle piano. Soon after, I started violin, and I’ve never looked back. I teach at West Fargo, I am Mama to 2 little dudes who also love music, and I am married to Dan. My favorite composers are Ravel, Debussy, Grieg, and Holst.