The clarinet is a musical instrument rich in a huge variety of effects. Among these effects, glissando is of course one of the most famous and characteristic. It became famous thanks to Gershwin’s Rhapsody in Blue’s opening, and it is widely used in jazz music or in a lot of ethnic music.

The clarinet is not the only instrument capable of such a technique: for example, string instruments can do it and other wind instruments are capable of it as well. Nevertheless, clarinet glissando has something of a mystery, which makes it more fascinating than the same technique made by other instruments.

The word “glissando” is an Italian word derived from the French verb “glisser” which means “to slide”; “glissando” is also conjugated to the Italian gerund, so, in English, it means “sliding”.

It’s difficult to explain how to make an effective glissando because it deals with a complex movement of the air stream in the throat. It is a movement that the student cannot see directly and this makes glissando a mysterious and magic technique from the point of view of the clarinetist who still cannot perform it.

A good way to teach it is to perform it repeatedly in front of the students and to invite him to try while correcting his mistakes in order to address him towards the goal.

The “natural” glissando is executed by sliding the fingers over the holes and keys while tightening and loosening the throat. The glissando can be performed in almost all registers of the clarinet except at certain points of passage from open (holes open) to closed (holes closed) instrument.

In order to perform an ascending glissando covering the entire compass of the clarinet, from the lowest register to the highest, the two areas of “natural” glissando must be connected by a chromatic glissando. This must be played very fast, so that it will sound as much like the natural sliding glissando as possible.

A descending glissando is also possible, even if less natural, and it can be achieved with the throat, progressively closing the holes and lowering the keys.

Using a soft reed may help the learning process. At the beginning, the student is likely to make a glissando using the fingers more than the throat; after a while, the finger movement is going to be reduced and better throat control is likely to be obtained.

Where is possible to perform a glissando? From the low E to the middle Bb, it’s quite difficult to make a true glissando, so we should help our throat by playing a very fast chromatic scale.

The best glissando is possible on the clarion register: let’s explain how to get a marvelous ascending glissando here.

Finally, the fingers reach the high C, but we are still playing an actual A sharp due to our throat position and air stream. From this position, we can sharpen the tone from A sharp to high C without moving the fingers any more, and we will have performed a wonderful glissando.

A propaedeutic exercise might be to play a sound only with mouthpiece and barrel, then try to flatten the tone using the tongue and the throat; then you should sharpen the tone again towards the first sound.

How do I practice glissando?

I play high C with the clarinet. Without moving the fingers, I try to reach clarion B; then I come back to high C.

After that, I play high C and then try to reach clarion A; then I come back to high C.

Another exercise is to practice glissando starting on the lowest sound. For example, play a clarion G and try to perform a glissando towards high C.

Once you are able to perform a good glissando on this register, you can try to cross the break: the principles are the same even on the altissimo register.

After a while, you are going to be able to stun everybody with an amazing glissando!

Photo by Piano Piano! |CC BY 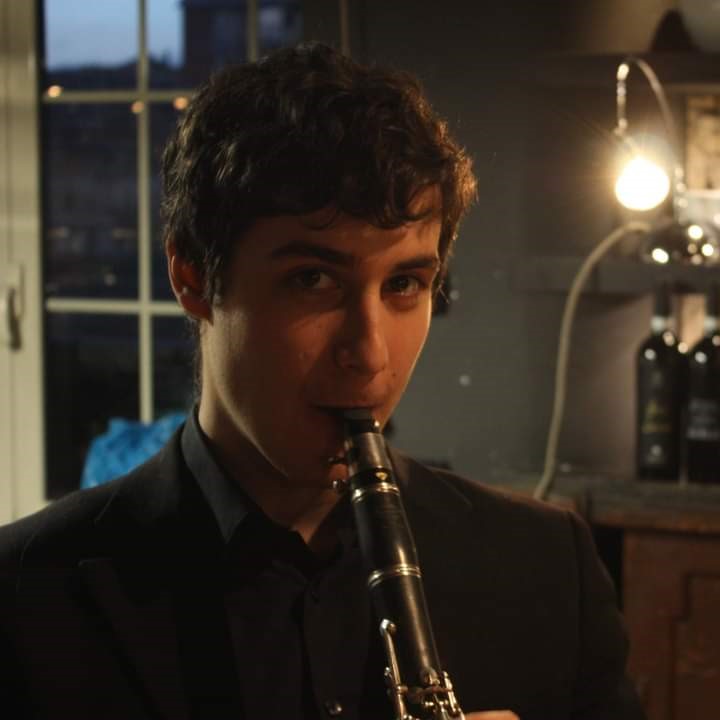 Born in 1994, he got his Bachelor's in Clarinet at Foggia Conservatory in 2014; in 2015 he obtained his Bachelor's in Musicology; in 2017 he got his Master's in Musicology and Theory; in 2018 he achieved his Master's in Clarinet; in 2020 he achieved his Master's in Composition and Conducting for Wind Orchestra. He wrote a lot of publications, including essays, exercises, and original music for clarinet, wind orchestra, and other ensembles. In 2019 he founded Marsia Duo, a duo including clarinet and accordion. Marsia duo played in relevant festivals, including Castelfidardo's Festival, and performed on Italian National Radio (RAI). Gregorio holds several seminars in the Universities and Conservatories. Now he teaches history of music at Musical High School "Orazio" in Venosa (Italy).

How do I practice glissando?