We’ve covered various different sub-genres of jazz in past, some of which include; Hard-Bop, Nu-Jazz, and Modal Jazz. Today we get to talk about a style of jazz that has a special place in my heart, as it was one of the first types of jazz that I was introduced to and also has close ties to my hometown of LA! I’m of course talking about cool jazz!

Cool Jazz is easily one of the most identifiable jazz styles for many reasons; the interesting instrumentation, more relaxed and aloof musical characteristics and the sheer popularity of certain albums make it practically impossible to mistake.

From where and when, then, did this popular genre have its roots, and where exactly would it lead?

The first person that everyone would agree helped to point musicians of the era to search for a more reserved and chill way of playing jazz, is an understated trumpet player circa 1920s by the name of Bix Beiderbecke.

Bix was the first major white jazz soloist and was known for his extremely lyrical style which relied heavily on his pure tone, as well as his use of simple but precise diatonic harmonies and rhythms.

His musical style enabled him to play with top tier musicians and bands such as Louis Armstrong, King Oliver, and the Paul Whiteman Orchestra.

One of his most important contributions to cool jazz was his love of Maurice Ravel and Claude Debussy, and his incorporation of their musical concepts and ideas into his original compositions. A song named “In A Mist”, was a particularly influential piece of Bix style writing that was full of advanced chromatic harmonies and would go on to influence arrangements and compositions by Gil Evans and other cool jazz artists.

While Bix Beiderbecke was hugely influential on the intensity levels of the melodies and solos expected of cool jazz, Woody Herman and Claude Thornhill were similarly huge influences on the instrumentation.

In the early years of big bands, the horn sections, and in particular the sax sections, had not coalesced into a particular set of instruments. In the Woody Herman Orchestra, for example, his sax sections often only had 1 soprano sax, 1 alto sax/clarinet, and himself first on C-melody and later on, a tenor sax.

At the time, the C-melody sax was already on its way out of the public eye, and the soprano sax was just starting to gain popularity However, the arguably more interesting instrument choice that Herman liked to highlight with tons of solos was trombone, and more specifically, the trombone of Bill Harris. Considered one of the most original trombonist of the early modern-jazz era, Harris was seemingly blessed with unlimited range, technique, and creativity; the sheer amount of solos that Harris was given in Herman’s repertoire was not the norm for most trombone players, even in today’s modern big bands.

Thornhill’s use of tuba and french horn can be seen to have directly influenced an album that became the most important and arguably best cool jazz albums of all time, “Birth of The Cool”.

Exploding Onto The Scene

Miles Davis’ “Birth of The Cool” album was the perfect synthesis of every concept that we have discussed so far. From Bix Beiderbecke’s lyrical melodies and solos to Thornhill and Herman’s more unconventional instrumentation, Davis’ band was the first to put together the complete cool jazz style.

WIth a horn section featuring tuba and french horn along with the more common instruments of alto sax, baritone sax, trumpet, trombone, Miles made great use of each horn’s specific sound in an almost orchestral way; using the french horn and trombone to fatten up melodies, the bari sax and tuba to add more aggressive, punchy low end tones, and the alto and his own trumpet in order to make his often wayward sounding melodies sing.

Another reason why Davis’ “Birth of The Cool” is so influential is because almost every one of the artists involved with the project, whether it be as an arranger/writer or a performer on the record, went on to become prominent cool jazz band leaders in their own rights.

For example, baritone saxophonist Gerry Mulligan and Lee Konitz were chosen by Miles to play on every one of the four recording sessions and their presence and is palpable throughout the album, from Lee’s bright, but almost frill-less solos, to Mulligan’s warm drizzle of smooth baritone lines, they really help to give each song a full-bodied character.

In addition, the arrangements, done by Gerry Mulligan, Gil Evans, John Lewis, and John Carisi, were also very unusual compared to what was normally heard in jazz at the time and would help to push forward the vocabulary of musicians in general. These arrangements featured winding melodies that very often had more than just two main sections, sometimes even diverging from the traditional 4 bar phrases to favor 2 or even 3 bar lines to finish out a musical phrase. Including more complex chord progressions that were reminiscent of classical music, the writing that went into Davis’ album was revolutionary in its time and, with the exception of the unbalanced solo forms (one instrument might get only a few bars to solo on a song while yet another might get an entire chorus on the same song), would go on to lay out a framework for future musicians to use.

If you dig into the history of jazz through the years and the jazz instruments in each era, you’ll notice that the art style was typically only an east coast occurrence, with origins in New Orleans, and quickly moving to Kansas and then into New York. With cool jazz, however, while it did start on the east coast with musicians like Beiderbecke, Miles Davis, etc., by the time that it began to solidify itself, the city of Los Angeles had finally begun to come into its own, beginning to rival the east coast cities as a bastion of great art.

If New York is seen as cement and grit, then Los Angeles is definitely seen as sun and surf and maybe unsurprisingly, this can be seen in the sound of the jazz that was popular there. This idea is backed up, almost comically so, by the fact that at the center of the LA jazz scene was the Lighthouse Cafe, a jazz venue right next to the beach.

WIth artists such as Gerry Mulligan, Chet Baker, Shelly Manne, Chico Hamilton, and the notorious duo of Dave Brubeck and Paul Desmond, regardless of what anyone thought of the growing LA scene and the smoother, less bluesy version of cool jazz that was prospering there, they couldn’t say there was a lack of talent.

Cool jazz and West Coast Jazz came from a strong lineage of beautiful soloists and quirking band leaders, dating back at least to the 1920s. Although the traditional take on cool jazz has mostly died off, at least in terms of artists putting out new albums, that doesn’t mean that it isn’t still influencing modern music in some way, shape, or form. In fact, I’d argue that you can hear its influence in music across the board. Be it chill, lofi hip-hop, an smokey, atmospheric movie soundtrack, or even the smooth jazz of the 90s and 2000s, cool jazz chord progressions, aloof style, and the desire to use unconventional instrumentation to find new sounds has kept its legacy alive and well. 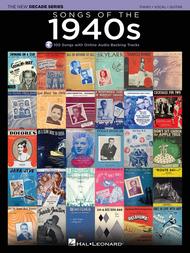 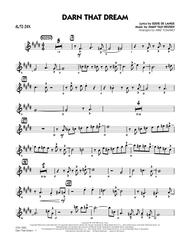 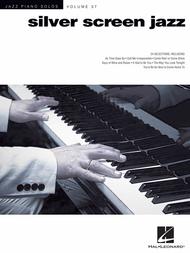 Get the sheet music here:

Photo by Leonardo Shinagawa | CC BY