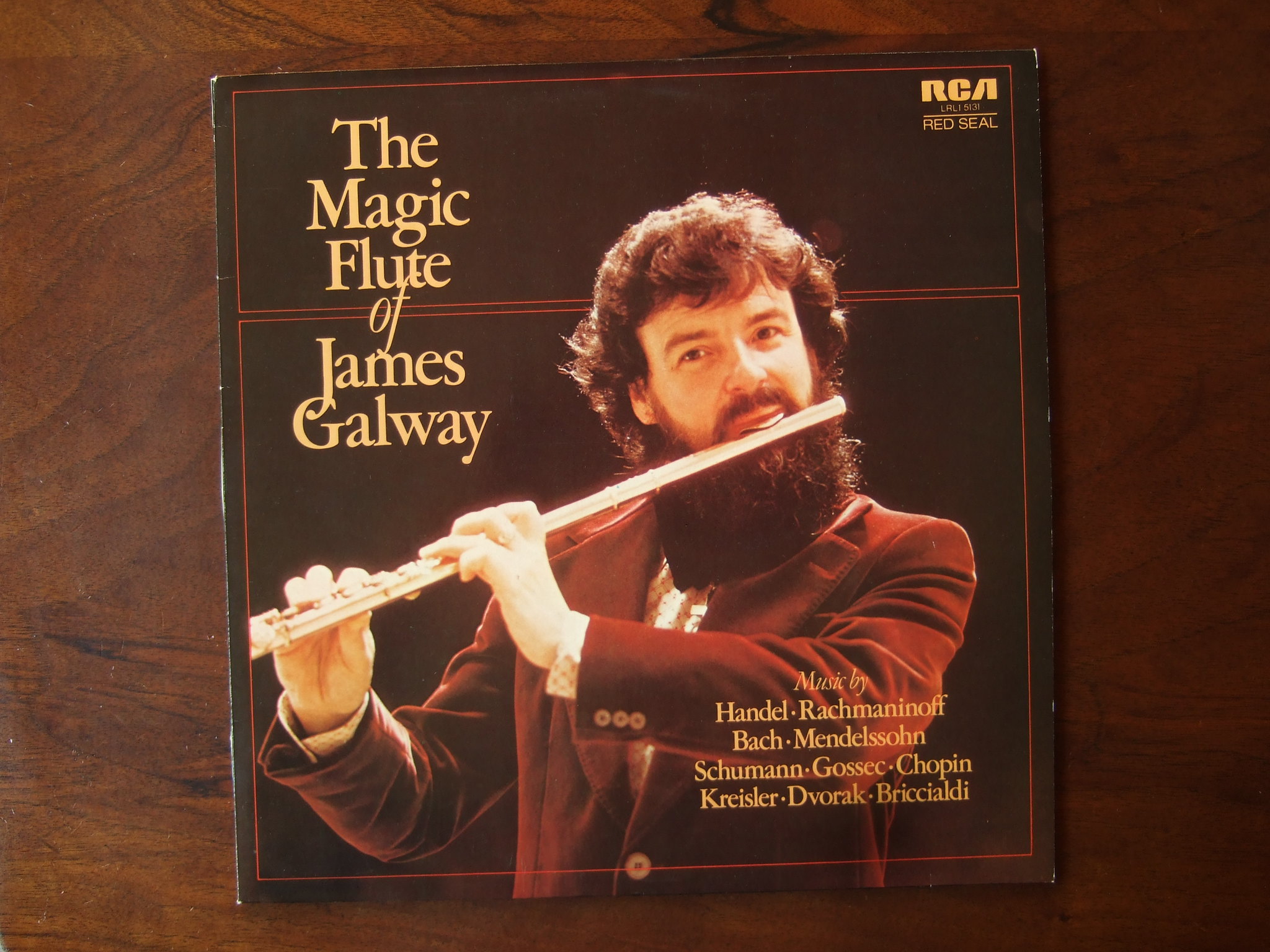 The Famous Flute Players Of Our Time

Sir James Galway is perhaps the closest classical flutists to becoming a household name. Originally from Ireland, Sir James Galway has been nicknamed "The Man with the Golden Flute," often seen performing on his gold custom Nagahara flute.

Galway's repertoire is vast, having recorded dozens of albums. While he is hailed as one of the greatest classical flutists of our time, he has also made various pop cover albums, performed on the soundtrack for Lord of the Rings, and has many collaborations with Irish folk musicians, including The Chieftains, one of the most famous Irish folk bands.

Galway played with various opera and symphonic orchestras early on in his career, including a run as the principal flutists with the Berlin Philharmonic Orchestra under Herbert von Karajan. In 1975, he left the orchestra to pursue a solo career. He is arguably the most famous flute player alive, and is still performing and teaching around the world.

Here is Sir James Galway performing the Fantasie "Francesca da Rimini" for flute by Paul Taffanel, one of the primary French composers of flute music in the late 19th century.

Rampal is often accredited with a resurgence in popularity of the solo flute. If you examine the solo flute repertoire, there is somewhat of a decrease in output in the decads prior to World War II. In a post-war world, Rampal managed to turn that around, almost instantly.

Rampal's father was a flutist, serving as professor at the Marseille Conservatoire and Principal flute of the Marseille Symphony orchestra. After some quick study, at age 16, Rampal was playing second flute in the same orchestra, alongside his father.

After the liberation of Paris in 1945, Rampal was invited to perform Ibert's flute concerto, a challenging piece written for Marcel Moyse in 1934, live on French National Radio. This performance propelled Rampal into an overnight success and launched his solo flute career and the resurgence of the solo flute as an art form.

Rampal rediscovered works that are now standards and classics in the flute repertoire, such as flute works by Bach and Mozart. He was recorded multiple times, most of which have been reissued on CD or digitally. Rampal passed away in 2000, but he single-handedly paved the way for modern flute playing.

Here is Jean-Pierre Rampal performing a staple in the classical flute repertoire, Mozart's Flute Concerto No. 1 in G, accompanied by the Sydney Symphony Orchestra.

The name Baxtresser is a household name for aspiring flute students, and with good reason. Jeanne Baxtresser held the position of principal flute with the New York Philharmonic for 15 years.

During her final year of study at Julliard, Baxtresser became the principal flutist of the Montreal Symphony, and also became the professor of flute at McGill University in Montreal. She served that post for 7 years before moving to become principal flute of the Toronto Symphony Orchestra. Only five years later, she was invited by Zubin Mehta to join the New York Philharmonic.

She performed dozens of times as a featured soloist with the New York Philharmonic. She also served on the faculty of the Juilliard School and Manhattan School of Music. She made several solo and chamber music recordings.

Emmanuel Pahud is currently the principal flutists of the Berlin Philharmonic, widely hailed as one of, if not the, best orchestra in the world. He tours regularly and performs flute concertos with major international orchestras.

In 1996, he signed a contract with EMI Classics, making him the only flutists in the world with a solo recording contract with a major record company.

Bella Bartok's Buciumeana (Around the World)

When we talk about famous flute players, we have to talk about flutists with signifigant influence on the performance and the craft of playing the instrument.

Robert Dick is arguably the most influential when it comes to exploring the range of flute extended techniques and modern methods of flute playing. He has removed any and all preconceptions on what the flute should sound like and how it should be played, and explores the full range of the instrument, from tone colors, to percussive sounds, and spurs innovation.

He is also a composer, having written dozens of compositions utilizing these techniques, showcasing to other composers what is possible.

He currently serves as a professor on the faculty of both New York University and City University of New York Graduate Center, teaching flute, composition, and coaching improvisation and chamber music.

There are some great recordings of flutists on YouTube, but if you want to find a "viral" sensation, you don't look any further than Greg Pattillo. Often hailed as "the best person in the world at what he does," Pattillo is the most famous beatboxing flute player.

And while that may seem like a bit of a gimmick, I assure you, it is not. He takes the craft very seriously and has even created a notation system and methods for learning the techniques of beatboxing while playing. His video performing the theme to inspector gadget is close to 31 Million views on YouTube.

He studied at the Cleveland Institute of music and held the position of principal flute of the Guangzhou Symphony Orchestra before moving to San Francisco and starting Project Trio. He is a composer, performer, and innovator.

Here is a performance of Pattillo at the World Flute Society Convention in 2016.

Outside the world of the classical tradition but in the category of famous flute players, we have to talk about Ian Anderson. Anderson was the lead vocalist and flutist for the Brittish Rock Band Jethro Tull.

He came to the flute just a few months before Jethro Tull recorded their first album This Was in 1968. He would have been 20 or 21 years old at the time.

Here is Jethro Tull's "Living in the Past," which begins with a flute solo by Anderson before he jumps into the vocals on the verse of the song.

Barbara Ann Humphrey, known as Bobbi Humphrey, is a legend. In an era where jazz was dominated by saxophones and drums, guitars and vocals, Bobbi Humphrey became famous for her jazz fusion funk and soul-jazz flute.

She was the first female instrumentalist signed by Blue Note, an American Jazz record label owned by Universal Music Group. She was a feature guest artists on Stevie Wonder's "Another Star" on the album Songs in the Key of Life. The flute feature is just past the 6 minute mark.

Bobbi released 12 solo albums, and became a prominent influence in incorporating the flute sound into this style of music.

Here is one of her solo works, "You Make Me Feel So Good", on the album Fancy Dancer.

The flute is an instrument largely associated with classical music and the western art tradition, but there are many famous flutists in all genres, and it really shows the versatility of the instrument as a means of musical expression.

Photo by Piano Piano! |CC BY

Flute Rap Songs: The Appearance of the Flute in the Rap Genre