Flute Facts: From the Instrument to the Players

Author: Jason Brame Published on: November 25, 2020
Disclosure: This post may contain affiliate links, meaning I get a commission if you decide to make a purchase through my links, at no cost to you.

Why assemble a collection of flute facts? The flute is perhaps one of the most widely recognized instruments in the world. As a term, it has been used to describe a side-blown wind instrument, and in some cases, used as a moniker for any wind instrument without a reed. As such, the instrument has had a long history. Maybe you want to impress a flutist in your life? Maybe you are a flutist and what to expand your knowledge. Perhaps you are just a trivia buff. Either way, below is a collection of flute facts that we hope you find interesting, informative, and useful!

The oldest flute ever discovered is believed by some to have been made from the femur of a juvenile cave bear, and has been determined to be about 43,000 years old.

A typical flute is 26 inches with a diameter of 3/4 inches.

There are two known hyperbass flutes in the world, the longest of which, when stretched out, is 49 feet.

Flutes have been made of several different metals throughout the years. Most common today are as follows:

Piccolos are made of even a wider range of materials, including wood (grenadilla), resin, plastic, and brass.

While the key system for the flute is largely standardized, there are various options from which flutists can choose.

There is actually a key called the gizmo key. This is a key added to the B-foot that allows easy closure of the Low-B key. This is solely for the purpose of playing a high C7 with more ease and clarity.

Those Who Play The Flute

It is true, the term flutist has two acceptable pronunciations. There is nothing different about the term in its different pronunciations, though some have said one sounds a bit more pretentious than the other. However, it is worth noting that flutist (FLEW-tist) is more common in the United States while flutist (FLAW-tist) is more common in the United Kingdom.

Frederick the Great (1712-1786) who was the King of Prussia from 1740-1786, was an accomplished flutist and a major patron of the arts. His teacher was Johann Joachim Quantz, who is a well-respected flute instructor and composer from that era.  King Frederick actually wrote some flute music himself! 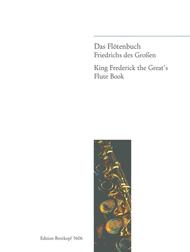 Melissa Viviane Jefferson, known more commonly as Lizzo, studied classical flute at the University of Houston and has incorporated the instrument into her work.

The flute has had an appearance in many different genres of music, all championed by various musicians in those fields. Most notably:

The Music That Is Played

The opening theme to the animated Disney classic The Jungle Book is played on a Bass Flute.

During the renaissance era, flutes were often played in groups known as consorts. It was very uncommon for a composer to specify which instruments were to play, leaving it up to the musicians to assemble the consort they desired (or was available).

Vivaldi’s La Tempesta di Mare was written circa 1713, and is believed to be the first concerto written for the instrument. It also is one of the earliest uses of high F6, a note that was quite difficult on the instruments of the time.

The flute as a solo instrument was not common until the Baroque era, and that even fell out of favor during the classical era. Flutists revived the instrument as a solo powerhouse which led to a multitude of solo compositions written in the late 19th and 20th century. Check out our article on flute repertoire for more on flute compositions.

If you are looking for more flute facts, there is a ton of information on Notestem about flutes, and it continues to expand all the time. Be sure to check out all of our other articles and check back periodically for more information on the flute and all the instruments we cover on the site.

Photo by Zoltan Vorsos |CC BY

All About The Piccolo

A Critical Look at Various Options for Flute Cleaning Kit

All About the Alto Flute