The flute lyre is unique among all the tools required for marching band.

Marching band is an amazing experience as musicians execute intricate patterns and movements while playing a piece of music that they have memorized. However, when rehearsing for these performances, it is likely that the music is not yet committed to memory, so some form of a portable music stand is needed.

Most (read: all but the flute) instruments have an attachment that can hold a small lyre, in which you can clip a flip folder or a small piece of music, which allows the musician to carry the music with them, such as this trumpet example: 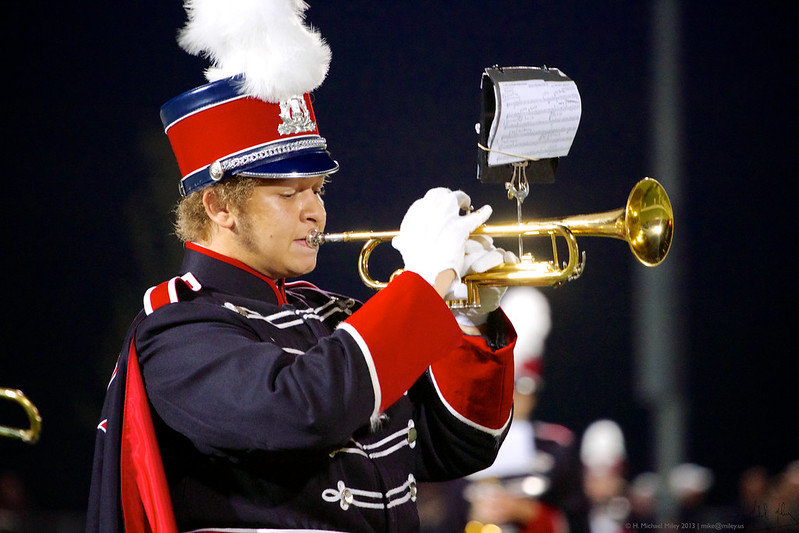 But, since the flute and piccolo are transverse instruments (side-blown), there is no practical attachment that can be added. So to the dismay of accessory manufacturers, who would, I'm sure, rather make a one-size-fits-all accessory for marching band music holding, have to do something different for the flute. 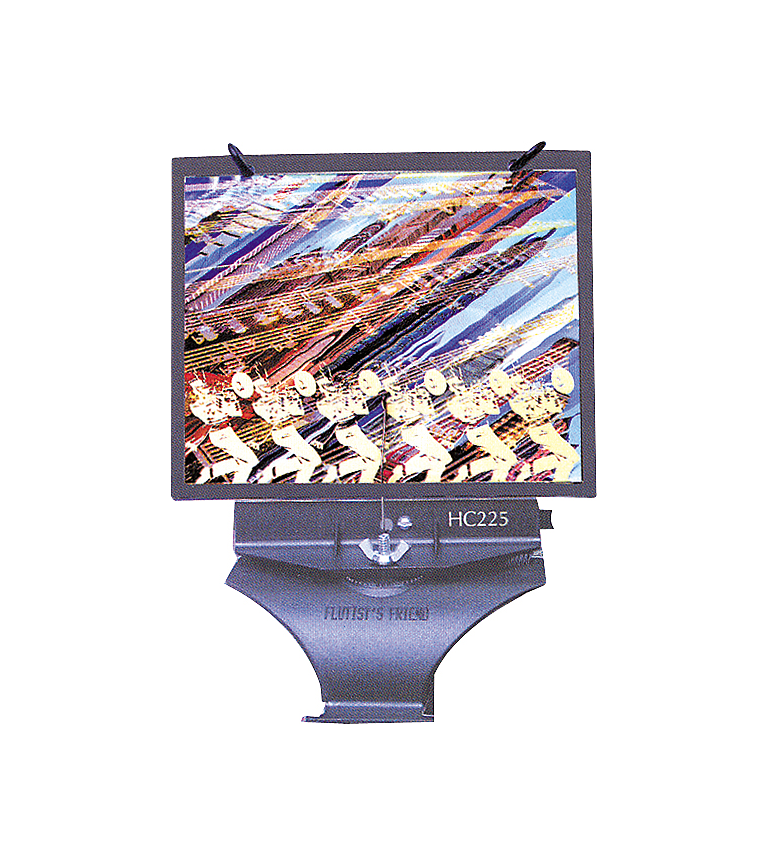 When you need a sturdy lyre that's flexible for any size flutist, this is the top choice. It's wider base means you won't have your music flopping around in the wind and can focus on giving the best performance!
Buy on woodwind brasswind

Enter, the flute lyre. This is a piece of equipment that attached to the flutists left arm and has a flip folder attachment or a clip that allows marching sheet music to be held and read by the player while walking. You can see this line of flutists in the middle of rehearsal with their flute lyre's attached to their arm: 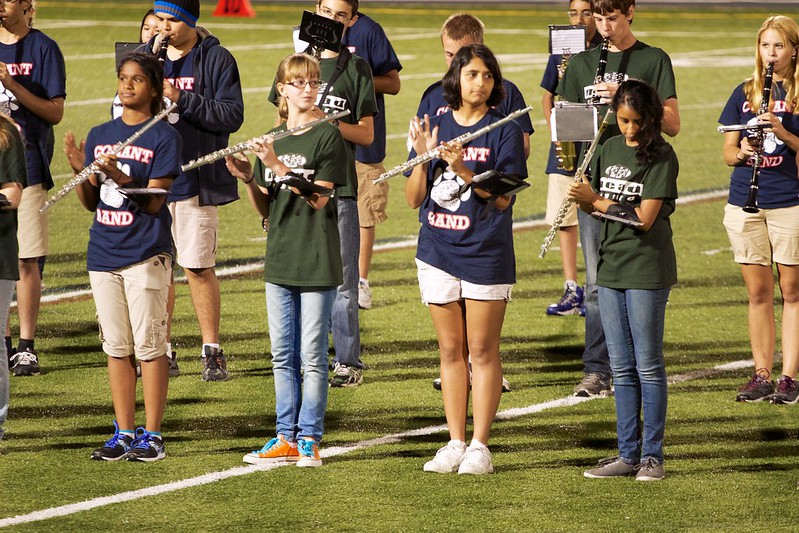 The flute lyre really is the best solution to a problem that only the flute has, and allows flutist and piccolo players to thrive in a marching band setting.