Author: Colton Henry Published on: December 9, 2020
Disclosure: This post may contain affiliate links, meaning I get a commission if you decide to make a purchase through my links, at no cost to you.

In the late 1950’s, Frank Holton & Co. partnered with renowned French Horn player Philip Farkas. Farkas agreed to advise and test the manufacturing of Holton’s new professional-line instruments. In exchange for some profit, Farkas marketed the horn and made it his personal instrument of choice. He continued to play Holton horns until his death in 1992.

Since the first model, Model 77 released in 1958, there have been 18 different Holton-Farkas French Horns released. These models vary in throat size, material, and fixed vs. detachable bell, but all are double horns. The H179 and H279 were first released in 1964 and are one of the many still in production. It was released the same year the Leblanc Corporation bought Frank Holton & Co. More recently, the Holton brand was purchased by Conn-Selmer in 2004. My personal H279 was built in the 1970’s in Elkhorn, Indiana, but the Holton factory was moved to Eastlake, Ohio in 2008.

The Holton-Farkas H179 is still considered one of the best instruments for professionals and students alike. It is very versatile with its large throat and detachable bell, especially when paired with a good mouthpiece, which is why it is one of their oldest models still in production. Despite Holton changing ownership twice, new Holton H179’s have retained their professional quality, although 70’s model weighs slightly less than the newer ones.

Starting with the physical appearance, the H179 is made of a solid nickel with a silver finish. The detachable bell connects to the horn with a brass-colored ring that adds reinforcement. All of the rotary valves operate with a string connection (as opposed to a piston mechanism on some modern horns) and the trigger valve is located at the top, near the mouthpiece. The trigger’s tuning slide brandishes a nice, copper-finish emblem with the Holton symbol, and the underside of the instrument has an etching of the brand and location of manufacturing.

The horn is very easy on the eyes and just as easy to play. Cosmetically and physically, the H179 and H279 look and feel identical, aside from the detachable bell. Holding the H179, its valve-key setup can feel somewhat small, especially when compared to Conn French Horns, with the trigger placed extremely close to the main wrapping. However, this could be adjusted slightly by changing the slack of the strings underneath. The instrument has a solid pitch center and projects easily with its large throat. This makes the low range particularly smooth and full-sounding, while high notes can be played without sounding pinched or strained.

Overall, the horn responds quickly, partially due to the nickel material, but there can be some difficulty or stuffiness while playing in the low-mid range. Much of this is unavoidable in any horn because of the closeness of partials, but these issues could be alleviated by the right French horn mouthpiece. There is a spit valve located at the bottom of the leadpipe for convenience, but like any French horn, don’t expect that to be enough to empty all water in the instrument.

A beautiful instrument for all levels of player. Versatile and one of the oldest models still in production: a true testament to its quality!
Buy on woodwind brasswind
Detatchable Bell! 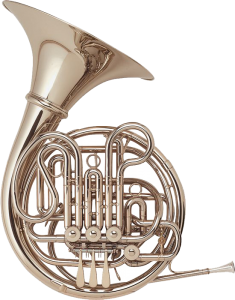 Identical to the H179, but with a detachable bell! More spendy but with the detachable bell, more customizable. This is the author's preferred instrument!
Buy on woodwind brasswind

As mentioned earlier, the large throat of the Holton-Farkas H179 makes for a rich, full-sounding instrument. The full range of the horn is easily explored, especially with a medium-cup mouthpiece. While you may find a few of the mid-range notes difficult to hone in exactly, the horn is extremely fluid and responsive. In reality, most horns will present similar difficulties, likely in the same range.

Aside from the touchy mid-range, the biggest con to the H179 is the grip. Earlier I discussed how the key arrangement is a little on the small side. Even after making adjustments (which will not go far), the grip on this horn can feel cramped. Depending on how large your hands are, this can be a good or bad thing. If you are familiar with Conn 8D horns, the grip on those feels like a stretch compared to the H179. Again, this could be left to preference, but players with large hands may not enjoy playing. Also, because the keys are spaced very tightly, there is virtually no space between the trigger and the leadpipe. This only becomes an issue, of course, if you decide to buy a handguard. The thin, leather, lace-up guards made by Holton work well, but that is about the only compatible option.

What really sets the H179 (and H279) apart from its competitors is its trigger tuning slide. If you look at other brands, namely Conn professional French horns, very few include a designated tuning slide for the trigger. All other valves are given the proper amount of tuning slides by each brand, but being able to tune the trigger specifically is a great advantage. Plus, you have one more place to empty when your horn gets overrun with water.

The Holton-Farkas H179 is a versatile French horn, loved by novices and professionals alike. Since its release in 1964, it has remained a highly-recommended, professional-grade instrument for anyone looking to upgrade from an intermediate model. Other than its weight, few details have changed about the H179 over the years and it has remained one of Holton’s flagship models since 1964. Its nickel construction still plays smoothly and responds well to any player, and its trigger-specific tuning slide allows for finer tuning than rival horns. Though the left-hand grip can feel small or cramped to those with large hands, the tightness can also allow more flexibility in hand placement. All in all, you will never go wrong by choosing the Holton-Farkas H179 or H279 for your next horn.

Photo by Bill Smith |CC BY 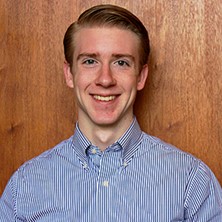 I am a music educator and conductor with a concentration in the French Horn. I received my master's degree in orchestral conducting from James Madison University in Harrisonburg, VA.

A Guide To The French Horn Mute

What You Need to Know About French Horn Mouthpieces