Many musicians think they have a pretty solid concept of what the musical beat is. After all, it is simply a unit of time we use to count our notes and play together. But in reality, there is so much more to the beat. Let us take you on a musical journey as we break down this everlasting pulse.

Different Aspects of the Musical Beat

In the classic movie Groundhog Day, the main character is doomed to wake up every morning to Sonny and Cher’s song “I Got You Babe.” However it can be argued that it would have been more appropriate to spend eternity with “The Beat Goes On.”

The latter makes a better point, that in the endless repetition of life the beat does indeed go on! But what exactly is the beat when it comes to music? Well as usual that question has a few different overlapping answers!

Music theory can be a little confusing at times, with definitions that are similar yet different. And the musical beat has a few potential related concepts that need a mention. Otherwise don’t fret too much, as always practice will help you understand.

There are five main terms to separate when talking about the beat in music;

This is the basic definition of the beat and one we can all relate to by taking our heartbeat. Hopefully it has a steady pulse, but in music that pulse can be accented as strong or weak. Even beyond our heartbeat, science is showing the musical beat is deeply embedded in our psyche.

A pulse has to occur at a specific rate or it will appear to be a drone or simply an unconnected sound. If we don’t have our pulse playing at the right times they will create more of an ambient mood than a normal song. The speed of the pulse is known as the tempo.

Tempo can be notated with common terms like adagio, moderato, or presto. Otherwise, it is given a specific metronome mark which is in BPM or beats per minute.

When we have a repeated pulse pattern it is called a meter. For example, a three pulse burst of strong-weak-weak gives us the basic meter for a waltz. Whenever we have these recurring accents they make up a bar or measure.

Time Signatures are how we notate our meters, and below we will look a little further into reading this notation.

Now the rhythm is what happens when you put all these aspects together. For example in the Sonny and Cher tune above, the pulse and beat of the drums mix with the accented walking bass notes and give us the rhythmic feel or vibe.

Many styles of music have basic rhythm rules that give them the proper feel that listeners will expect. If a modern country band came out on stage and started playing salsa rhythms the fans would be confused. Granted this mixing and fusion is what leads to new and great music!

The groove is what we get when we build on our rhythm. By using swing and other aspects of the rhythm section, the band can get moving in quite a groove. It is a fine line but groove and rhythm are slightly different concepts.

Just like the word groove can literally mean an established routine, that is what your goal is. You want to find that pocket of rhythm and go with it. The groove is also one of the harder things to teach in music. It can be learned, but when it comes naturally you have a head start!

How is the Beat Used

So now that you have the basic definitions all set, what exactly is the purpose of this musical beat?

If you are in an orchestra the conductor will tell you when the beat is, if in a band you pay attention to the drummer. The first beat or pulse of a measure is known as the downbeat, and the preceding beat from the previous measure is the upbeat.

Our downbeat is often strong, it is played on the pulse and helps drive it. While the upbeat is played against and counteracts the pulse. These interactions between strong and weak beats help create our rhythm.

Not only can the beat be up or down, it is often referred to as on or off. If we use common time or 4/4 the most important beat is the first downbeat, this and the third beat are called on-beat. While the second and fourth are known as off-beat.

When you play the offbeats in an accented and powerful way you get syncopation. In rock n roll playing the accented 2 and 4 is known as the backbeat.

When we purposely use that off-beat to interrupt our normal flow of the pulse that is called syncopation. Basically, syncopation is what makes you want to dance. And while it was developing in Europe, the Sub-Saharan African polyrhythms were making their mark.

These African polyrhythms were mixtures of different rhythms all layered to create vibes that were meant to get you moving! Because of slavery, these polyrhythms became popular in the Caribbean, before later moving into New Orleans helping to birth jazz and R&B.

One of the most popular examples of polyrhythms and syncopation is the son clave, which comes in a couple of different varieties. Polyrhythms can get a little complicated at times, but they sure provide us with some great rhythms!

Now all of these examples seem pretty straightforward and easy right? Well if that was the case people wouldn’t be making a mess of beat counting! And the more syncopation and swing we add to the song the harder it may be to find the beat!

What to Look For

Again our time signature will help show us what our meter and rhythm happens to be. The top number will tell us how many beats or pulses are in a bar and the bottom number shows us the beat value.

The time signature is always at the beginning of our sheet music (right after the key) and it can be described depending on its complexity or number of beats. A simple time signature has beats that can be broken down into two parts.

When we divide our time in the measure with three beats we have a compound time signature. Examples of this are 6/8, 9/8, and 12/8. A dotted note becomes the measurement instead of a quarter note.

And as we expect, some meters and times will be labeled different, yet sound similar. The times of 3/4 and 3/8 are both triple times used in waltzes and western ballads that sound nearly the same but are counted differently. One using quarter notes the other one a dotted note. (Thus one divisible by two, the other three).

Each time you see a new time signature just break down the top and bottom numbers. Get away from the common and cut times and look into 5/4, 7/4, and more. Branch out in your listening with pieces like this odd 24/16 (which will be counted in sixteenth notes).

Time signatures can get confusing fast, don’t worry if you have a hard time wrapping your head around it. There are also fractional, irrational, and combined meters that will really give you some brain pain. The trick is taking it one song at a time, as you learn a new piece start with the key and time!

If you really want to dive down the counting rabbit hole, here is a comprehensive list of songs in weird time signatures. There are some very challenging compositions that will really test your understanding of the beat.

Our musical notation will tell us almost everything we need to know about the beat. If the rhythm has a swing or shuffle, this can also be seen on our score. However, this is getting into some advanced sheet music reading.

For now, you can also learn your beats and rhythms by simply listening to your favorite music. Learning to read and play swing will come with time.

What to Listen For

Of course, you will find examples of the musical beat everywhere you look. Unless you get into some experimental oddities there will usually be a beat and rhythm. And in many cases, you don’t need to look farther than the basic musical genre rules.

Definitely one of the most lasting examples of a rhythmic pattern is Beethoven’s “Symphony No. 5.” The very strong musical beat has ingrained this motif into our heads for the past couple hundred years. Notice many classical pieces focus more on the on-beat of 1 and 3.

A great baroque example of syncopation is Handel’s “Hornpipe” from Water Music. The “Toreador Song” and “Habanera” from the opera Carmen show their Spanish influence with syncopation.

All the genres of music that we love to dance to are all inspired by the blues and jazz so these styles are full of interesting beat examples. Already mentioned above was the walking bass line in the Sonny and Cher song. This is a common rhythm used in jazz.

Rock n roll is often defined by 8th notes with an emphasis on the backbeat of 2 and 4. Think of some of the hardest rocking songs you know, and notice how prominent those off-beats are.

Disco, techno, and other modern EDM styles are big fans of four on the floor. This is when we emphasize and accent all of our beats. By doing this the music has a dancing drive to it!

Funk on the other hand gets its rhythm and groove from 16th notes, which means they have to slow their tempos down to fit such notes. Funk also often focuses on the backbeats of 2 and 4, but not James Brown. He put the funk right back on the downbeat!

(The groove in the song “Funky Drummer” is one of the most well-known beats ever!)

Reggae is not a big fan of that popular first beat, in fact, that is what they call the “One Drop.” They drop the first beat and accent the third, like so. This is what gives reggae that chill vibe. And the similar genres of rocksteady and ska stand out by their “skank” playing of the 2 and 4 beats.

And speaking of other cultures, we have been focusing on western notation and styles. As we get into more world music our rhythms can get complicated, but they sound amazing. Some of these rhythms and musical beats will sound awkward and pose quite the challenge!

Of course, we cannot forget beat-making. There is a universe of young musicians who put all their musical focus on the beat aspect of music. The current and likely most popular beat on Spotify is the trap beat. Trap songs get their feel because of their highly divided hi-hat beat.

Hopefully, you now have a good idea of what the beat is and how it applies to different styles of music. Now the best thing to do is focus on learning new songs and paying close attention to the ones you love.

By taking a forensic approach to your music you can break down the songs to analyze their musical beat or pulse, rhythm, and meter. It will get confusing at times, but soon you will be able to identify any beat that goes on! Now we just need to focus on our harmony and melody!

Photo by James Lee |CC BY

Photo by Uncredited |CC BY 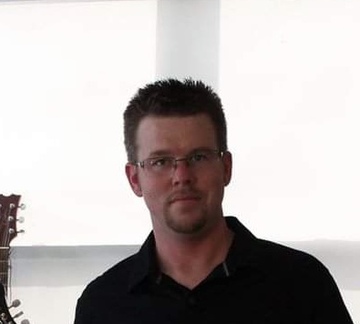 My musical journey started with the saxophone and has expanded into playing, repairing, and writing about every major instrument family. I also compose jingles and songs in my home studio. I basically spend as much time as possible creating and teaching music!