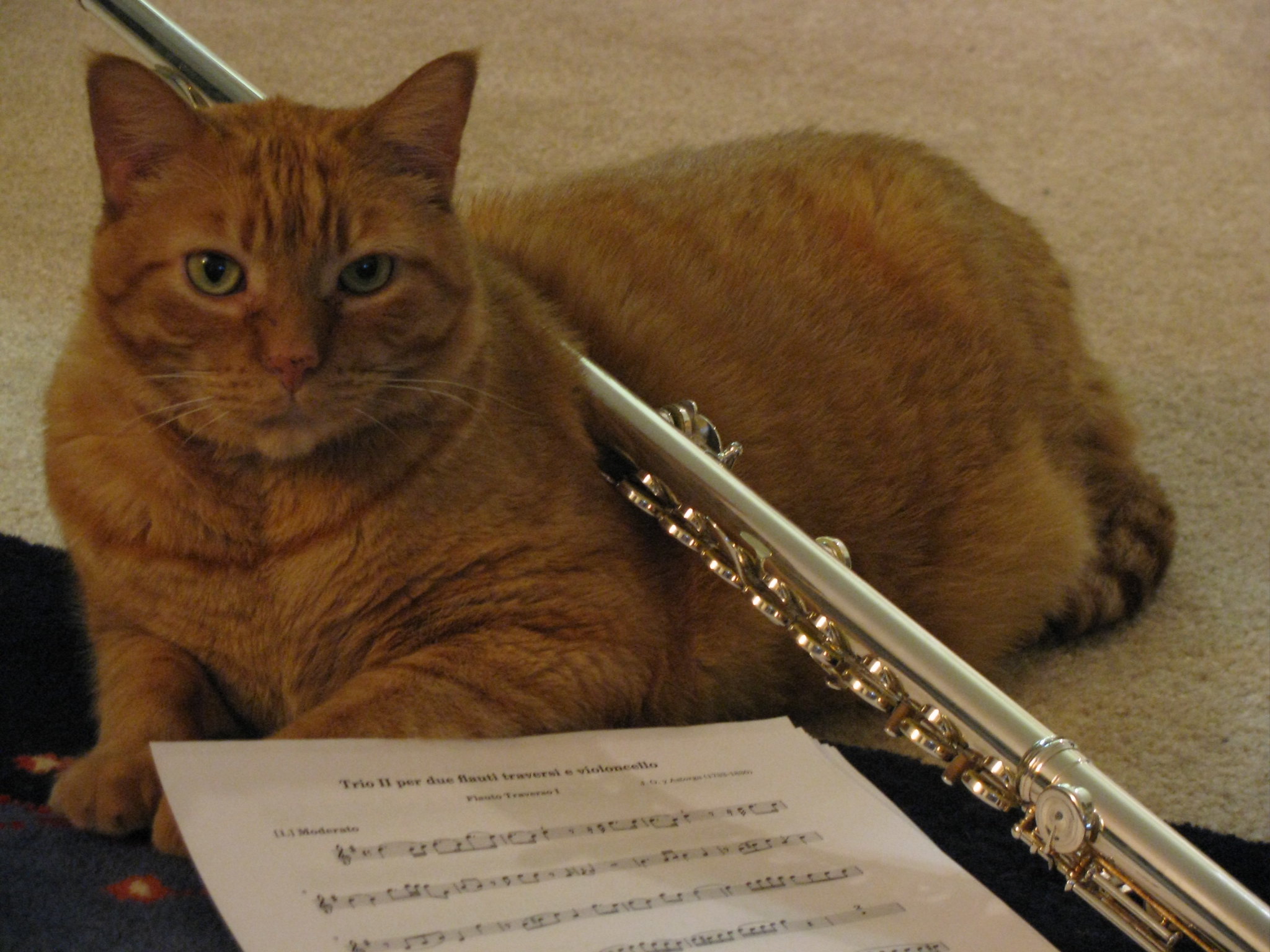 Flute Jokes: Everyone Needs Them

For some reason, we often become the subject of various flute jokes out in the world. Now, this is not just a flute phenomenon, every instrument family has its own set of jokes, punch lines, and puns. But as this is all about flute jokes, we wanted to share some of our favorites with you.

Now, there are plenty of jokes that are... off color... as well as some that appeal to a "flute stereotype" - we've done our best to keep this list full of clean fun. Just remember, they are jokes. We do not mean to offend anyone and we apologize if we do.

Q: What’s the definition of a minor second?

A: Two flutes playing in unison.

Flute players spend half their time tuning their instrument and the other half playing out of tune.

Q: Did you hear about the flutist who played in tune?

A: Neither did I.

Q: Why was the flutist arrested?

A: He was in treble.

Q: What musical instrument would a cucumber play?

Q: Why do all the other wood-wind instrument players envy flutes?

A: Because they’re the only winds eligible for the no-bell prize.

Two musicians are walking down the street, and one says to the other, “Who was that flute I saw you with last night?” The other replies, “That was no flute, that was my fife.”

Q: What do flute players eat for breakfast?

Q: How do you hold a Baroque flute?

A: You Handel it carefully.

When the flutist found out she was making less money than the cellist was making... She wondered what the bass salary is.

Disclaimer: I love flute music... but I also think these jokes are funny...

Q: Why did the chicken cross the road?

A: To get away from the flute recital.

Q: What’s the difference between a flutist and God?

Q: What’s the range of a piccolo?

A: About thirty yards, if you have a good arm.

Q: Why do loud, obnoxious whistles exist at some factories?

A: To give us some sort of appreciation for flutes.

Q: How do you get a million dollars playing the flute?

A: Start off with 2 million.

Q: How do you keep your jewelry from being stolen?

A: Leave it in a flute case.

Flutist: Did you hear my last recital?

Friend: I hope so.

Q: What does a flute and a lawsuit have in common?

A: Everyone is relieved when the case is closed.

That's Not How I Remember It...

Q: Why were flutes invented?

A: To hit the person on the right.

Q: Why were piccolos invented?

A: To give the whole orchestra a headache.

You Got That Right...

Marriage is like playing the flute. It looks easy until you try it.

You know you've been playing flute too long when:

Flute Rap Songs: The Appearance of the Flute in the Rap Genre